Hitchhiker’s Guide to the Galaxy

The story is superb and funny. Written a long time ago back in … Douglas Adams (RIP) took his story for radio and stretched it into 4 books. For more wiki info, click here.

There is movie for the first book, which I adore.

This is the very first lesson plan I share with you so I hope you like it. Probably several teachers have done this at some point for many different purposes, but in this case, the purpose was to have my students not only learning  about movie genres, but also talking about which ones they liked and why they liked them.

However, you can review other topics such as present, past and other verb tenses, the Yes/No questions and WH- questions making and answering, vocabulary, develop reading and listening comprehension having as final product the use of the new knowledge in the creation of  a brand new version of an existing movie trailer. So, you can actually have your students developing the 4 macro skills, but it will certainly entail more monitoring and evaluating time. 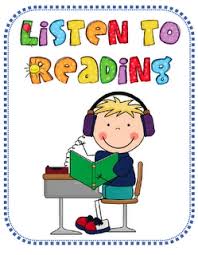 Give them this worksheet and discuss about their choices

Make a mind map with them about…

It’s almost Halloween time again. It’s movie time and this time is about one of my favorite directors: Mr. Tim Burton.

This movie is a remake of his 80’s short film with the same name. The original short film is also black and white with real people.

The 2012 movie is truly an awesome movie. It took everything from the original and making it longer, more fantastic and more funny.

For teaching, it’s a fun movie to get into the Halloween theme.

Right now, eating habits is very important in education, especially in our country. According to statistics, Mexico is the second highest national rate of obesity in the world (after the U.S.) and the fourth highest rate of childhood obesity.

Last year during the Week of World Food Day (October 16), I took a stand and gave a lecture about childhood obesity. I used as main topic School Cafeterias both in Mexico and USA.

In Sonora (my state), there is a law to prohibit the selling of junk food in schools. In our country in general, it’s taking some measures like this article titled “Obesity: Mexico starts war against sugary drinks and fatty foods”

For the lecture, I used this easy outline:

Jamie Oliver is a chef with tons of books and cooking tv show. Since a couple of years, he is making a huge stand to change the school cafeterias. His webpage has tons of information.

For my secondary students, I used information of Jamie Oliver’s poster to make a bulletin board for a Food Fair. I would love to show the pictures but I was sick the presentation day.

The information is here, and the poster is above.

Once upon a time…

For children literature, this prime time show is awesome. For more information, wikipedia and imdb know what they are talking about.

Most of our beloved fairy tales mixed up together in an interesting plot. The evil witch casted a curse that send everybody to our world and they are living in a town without knowledge of their previous lives or way to leave town. The daughter of Snow White and Prince Charming is the one who will destroy the curse…

I DID used the first chapter to introduce the topic of children literature for 5th graders to make the second project about magical objects advertising.

I know I haven’t blogged about Secondary in a while… The school moved my schedule and it’s just weird, awkward and uncomfortable. 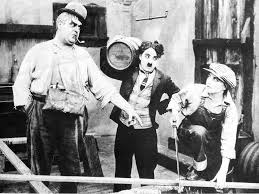 Silent movies are the ones made before 1930’s. During the 1920’s were intents of combining sound and image in the same film but there were delays in sound. In 1927, The Jazz Singer was the first successful one.

The silent movies had live music: big orchestra in premieres and classy cinemas, and a piano is more popular cinemas.

I think this project is hard to convey if you don’t have a television or video projector in your school.

HOWEVER, if you have the technology, here are two links that I have used:

In 2011, the movie The Artist was an homage to this forgotten genre. It won several Oscars on 2012.

We watched a portion of the movie to point out the silent movie elements:

For the first unit, we have to sing songs for 3rd grade, also 4th but differently.

The results were more or less. I took video and for me it’s ok. I could be better if I took more time rehearsing.

The videos are uploaded in SchoolTube (Great if you don’t want the major broadcasting of youtube, also it’s all about schools)

This is Halloween is the opening song of Disney’s cult movie Nightmare before Christmas.

It’s the perfect song for this season. I also mentioned in the post Songs for Unit 1

The students have seen the movie at least once on Disney channel and Azteca 7.

You can screen the song with subtitles for singing, if you own the DVD or youtube.

I have a mini book to share for the first part of the song. If the color it and use it to sing like a chrous, they look quite cute!!!!

I was thinking about the latest, hottest and more interesting saga this year: The Hunger Games. (Awesome!!! by the way…. totally recommended) Watch it now or yesterday.

Last week, I was talking to my sister and I realized about a trend.

This last decade we have seen the return of sagas based on books uch as:

There are more, more info check here… I just listed the more popular among kids and teenagers. (Or at least for me.)

As EFL teachers, this is such a great opportunity to do some teaching, specially with some very difficult teenagers.

These sagas are an almost-perfect blend between movie, literacy, action and cute guys/girls. (eye-catching-candy everywhere)

I found some link to help to think in the HOWWWWW???

If you need more teaching with movies, this is an interesting link.